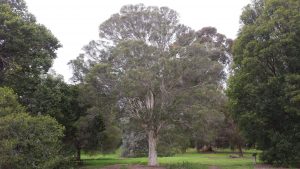 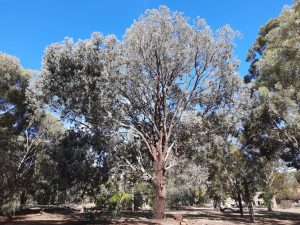 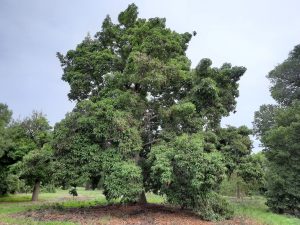 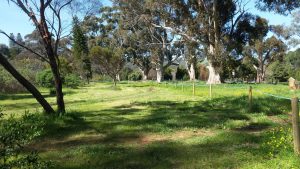 A view east in the Northwest Collection: Notice the Eucalyptus cladocalyx Sugar Gums, planted in 1877 and the soft rope fence installed in December 2019. 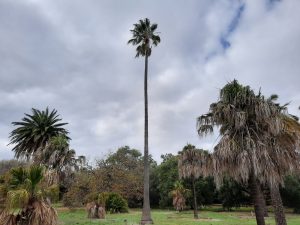 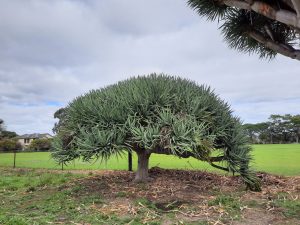 The Waite Arboretum – 27 hectares of 2,300 specimens representing more than 800 species in 200 genera all growing under natural yearly rainfall of 624mm.

Water management:  Dr David Symon, Curator of the Waite Arboretum 1956 – 1986 took the decision not to water trees after established to see which species performed well on rainfall alone.  The concept of homoclimes (regions that have similar climates) was used to guide the search selection of new trees for the Waite Arboretum from the 1950s.

Recent planting (2019 and 2020) have involved the participation of school students, university students, and community groups.

VISIT the WAITE ARBORETUM APP for more information on the collections and individual specimens.  https://friendsofwaitearboretum.org/features/arboretum-app/ 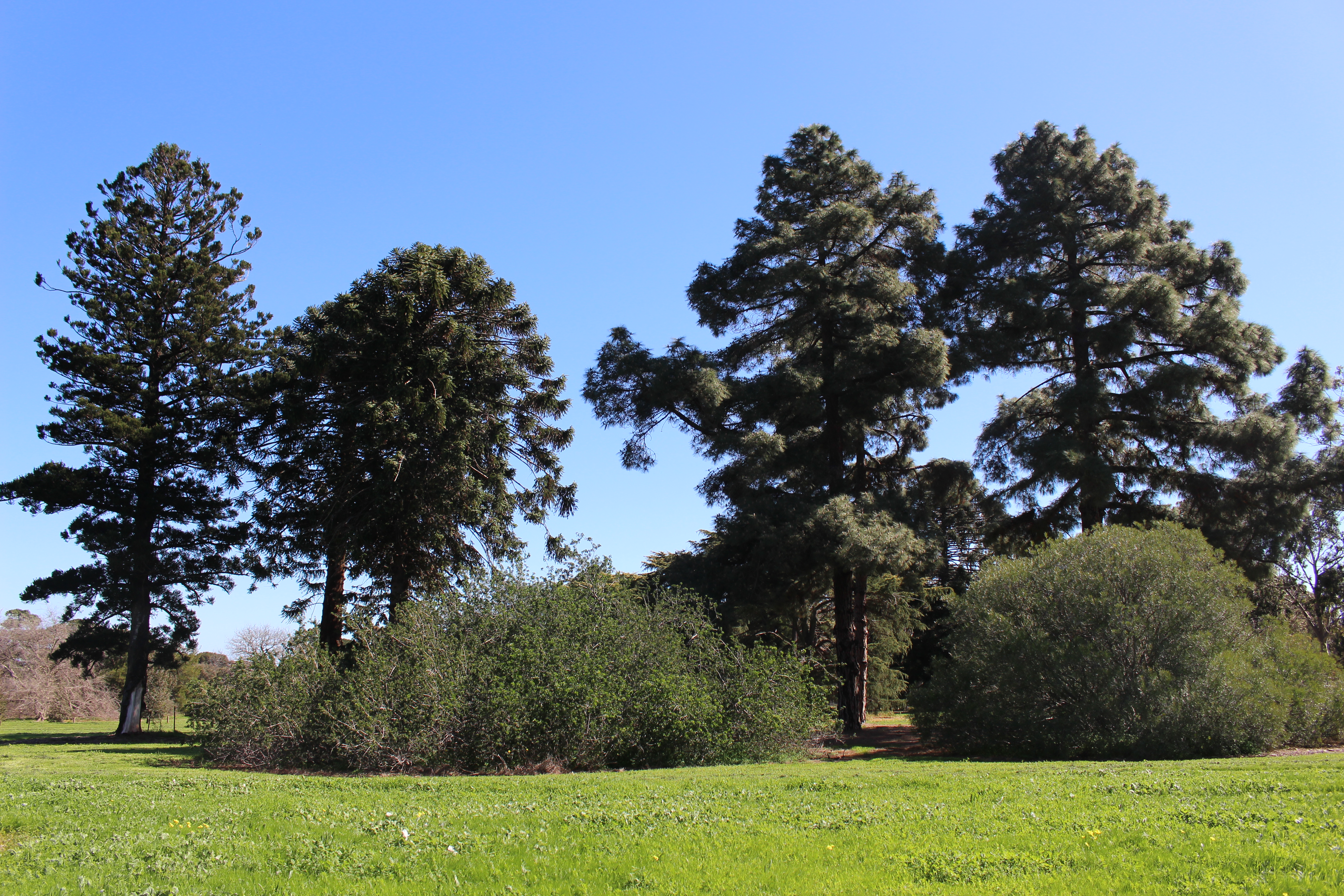